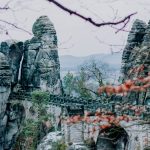 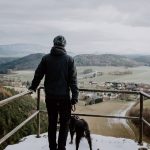 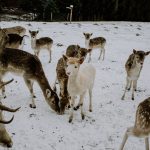 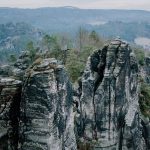 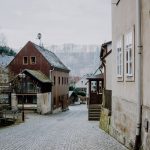 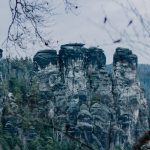 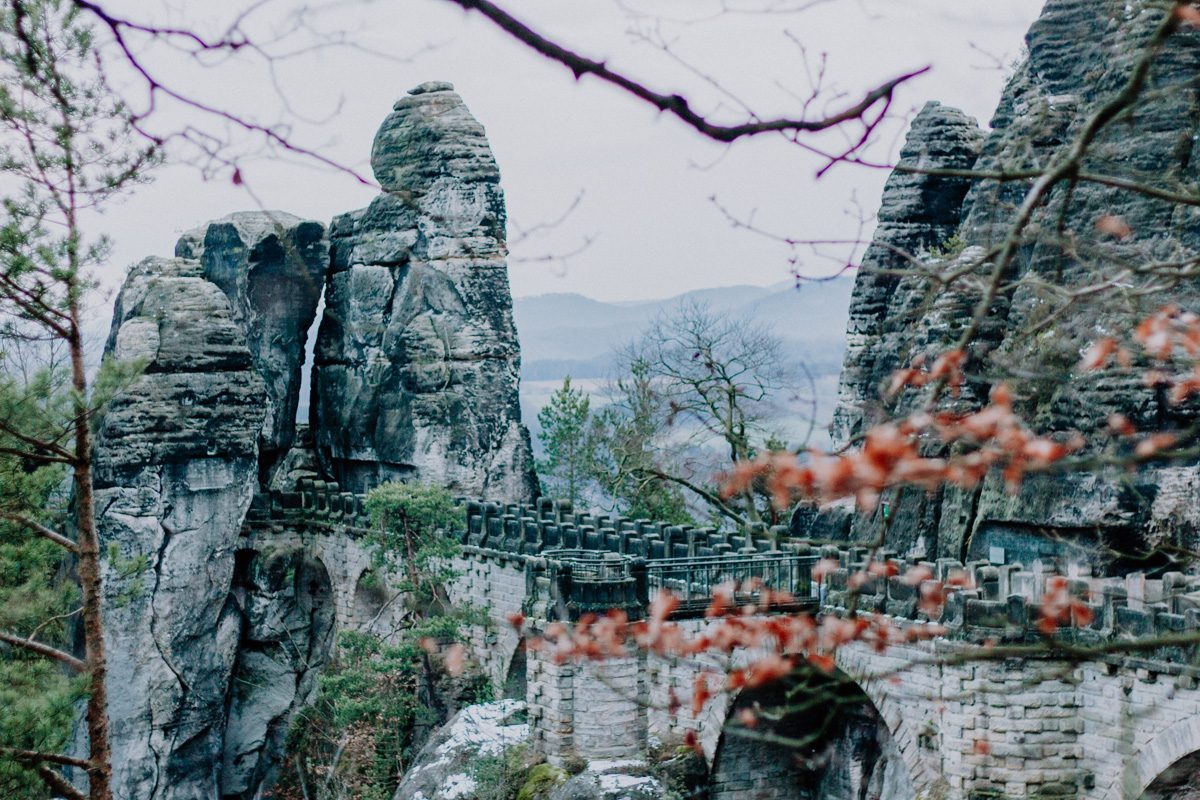 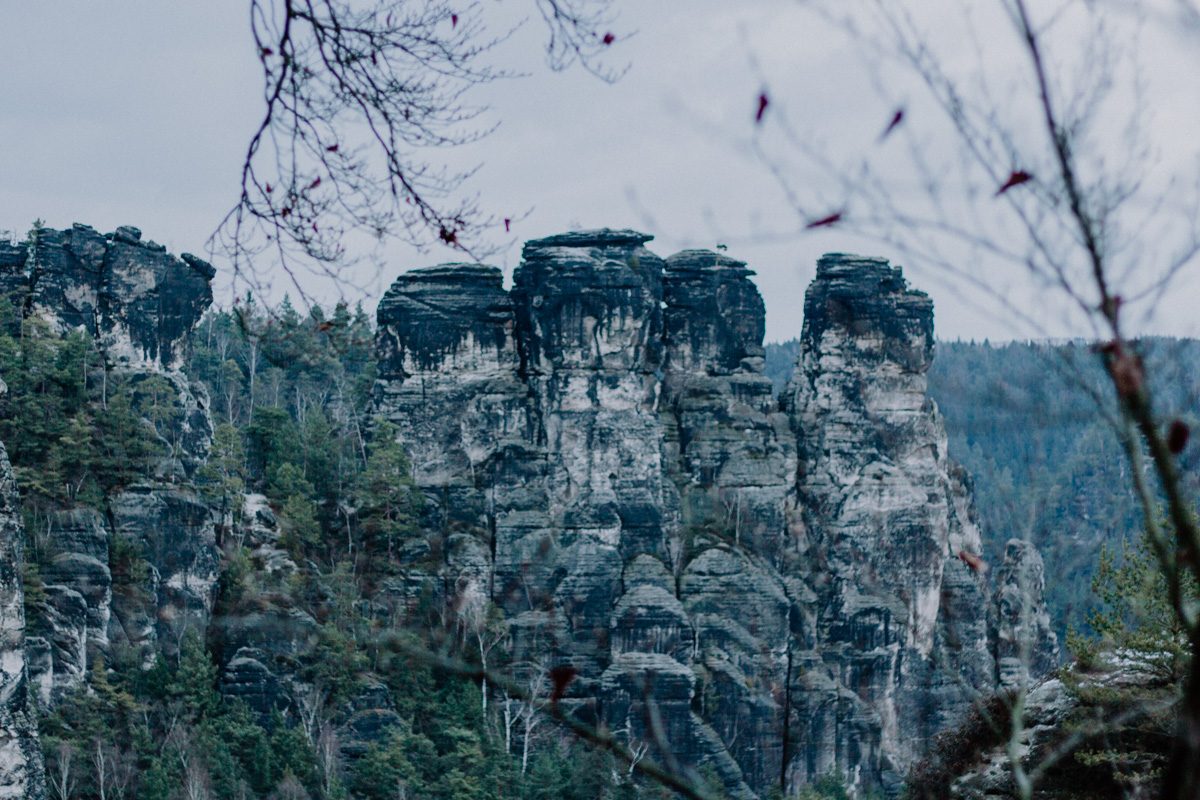 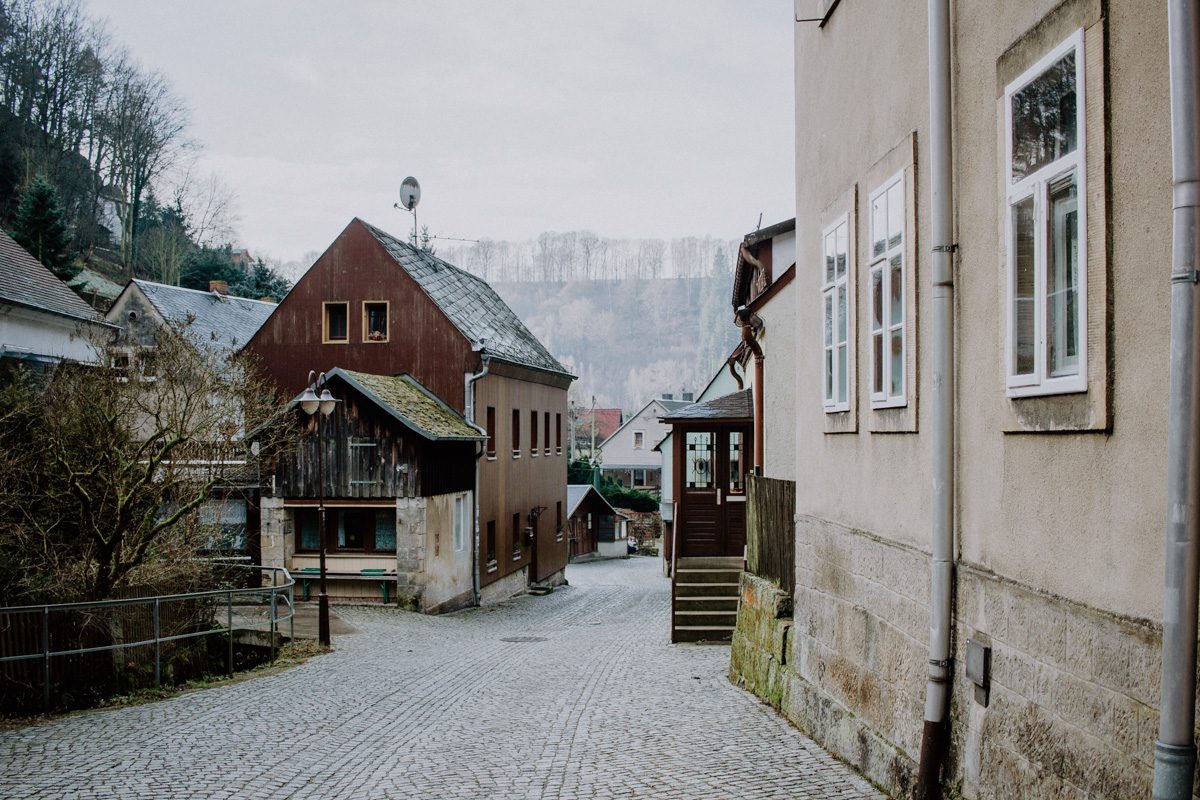 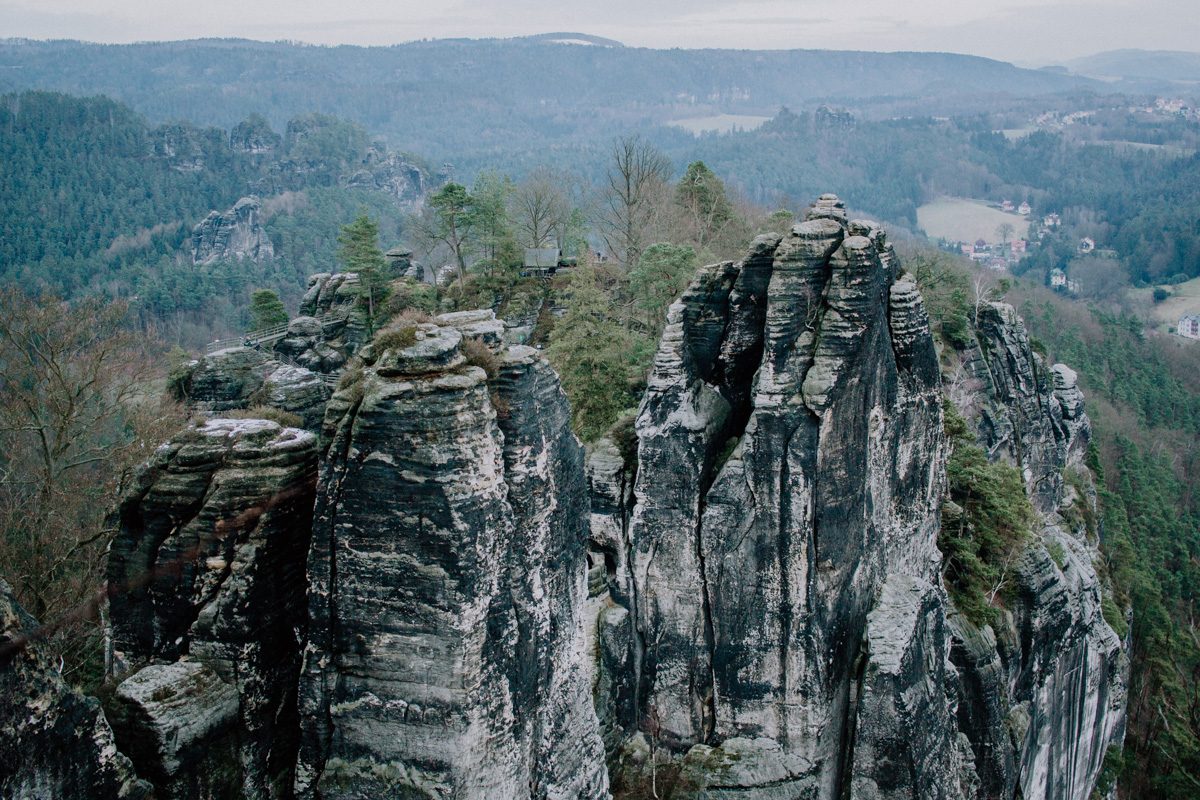 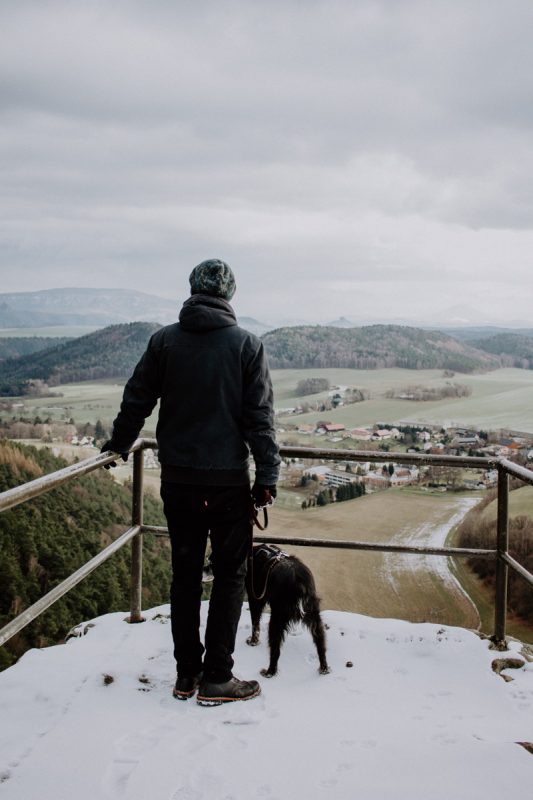 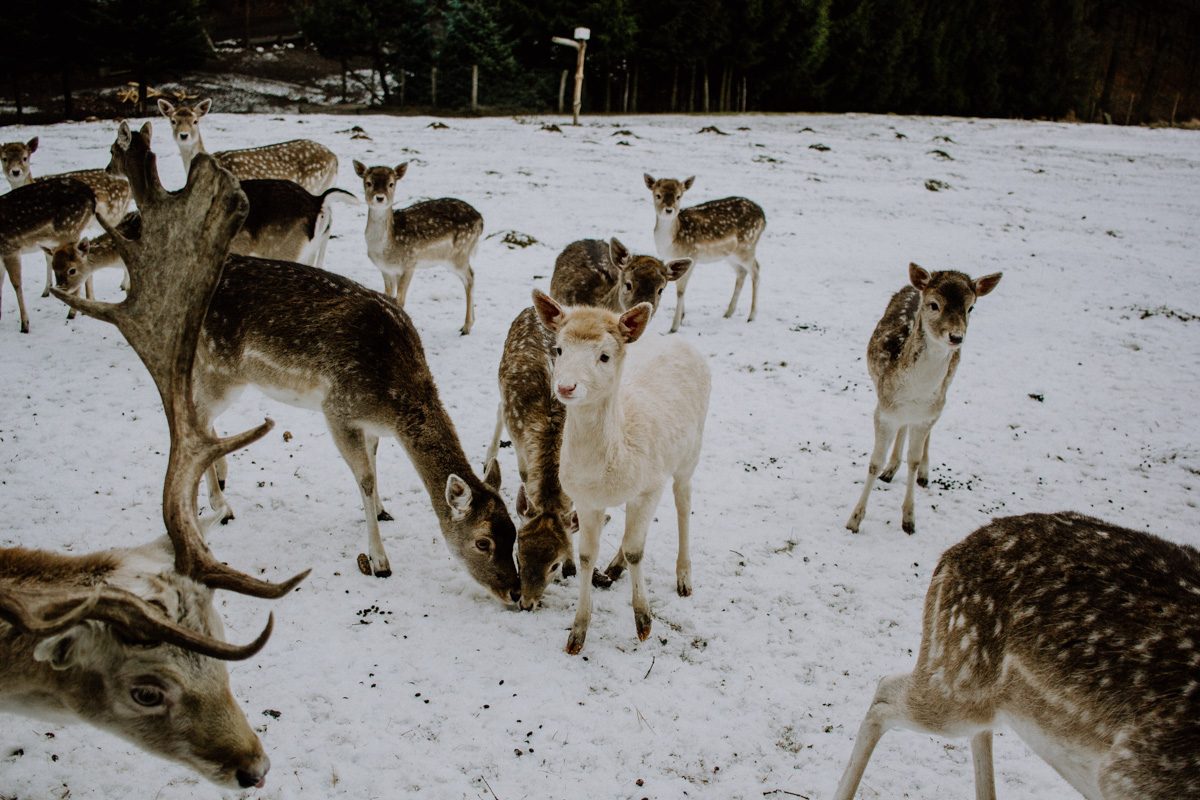 “I’m cold, I’m so cold but it doesn’t really matter anymore. My breath isn’t taken away by the climb I just survived but by the mesmerising view that is in front of me. For a second I feel like I’m in outer space, watching these impressive rock formations in the Sächsische Schweiz.”

Let me be honest with you, I never was really much of a climber. I love the views but the climbing always felt like a punishment before I get my dessert. But then I got to the Sächsische Schweiz, the one and only National Park I’ve been wanting to visit for years. It’s about an three hour drive from Berlin and when we had a weekend to spare, we took a car and drove to the south of Germany.

The Sächsische Schweiz is a big national park that starts just below Dresden and crosses the border with the Czech Republic. It is mostly known thanks to its imposing Sandstone Mountains, the Bastei-bridge and Fort Köningstein.

And those Sandstone Mountains make the impressive climb extra heavy but in the same time worth the effort. Their greyness and bulky shapes, the way they pop up between the forest, it gives you almost an outer space experience.

Boho Wanderer - The Boho Guide
Eva is addicted to the big city life and it brought her to Berlin. She loves to combine the busy streets filled with the newest places with lazy sundays in the park and shares stories on Blackbirds&Blossom. She believes that it takes a while to get to know a city and returns to some of of her favourites to feel like a local wanderer. For The Boho Guide she explores Berlin and beyond.