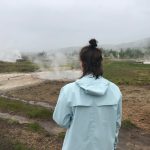 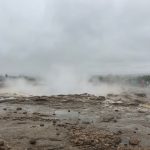 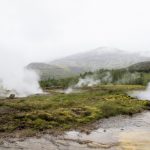 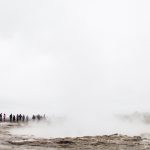 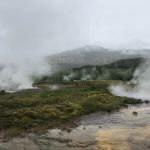 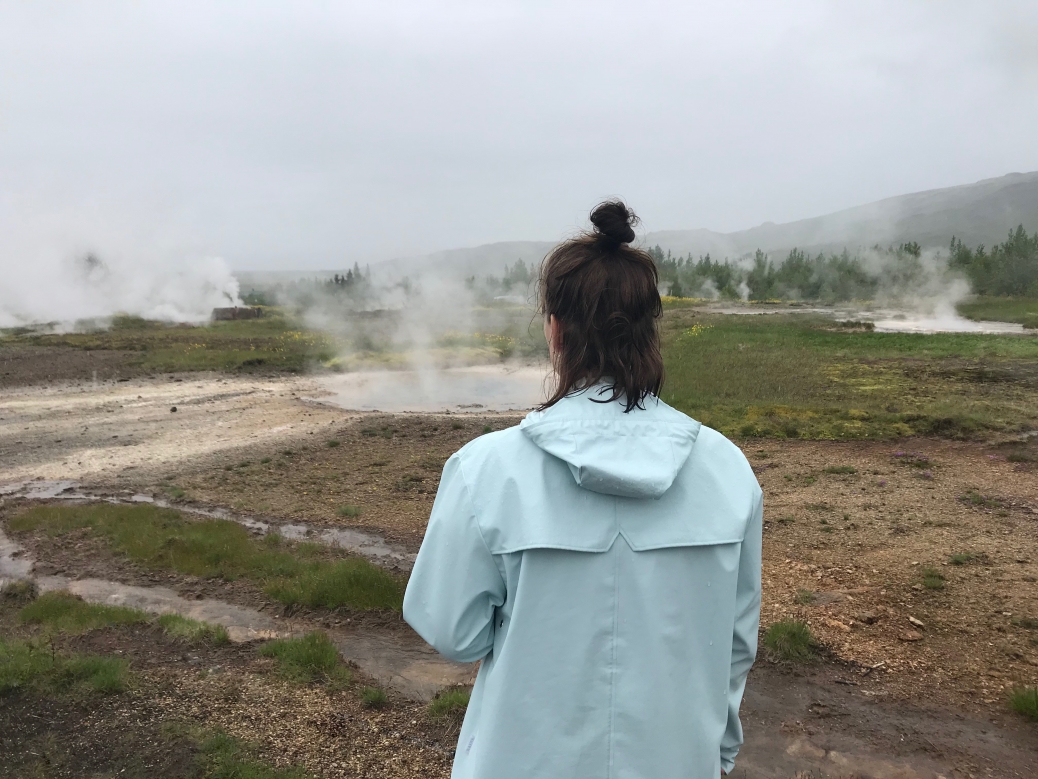 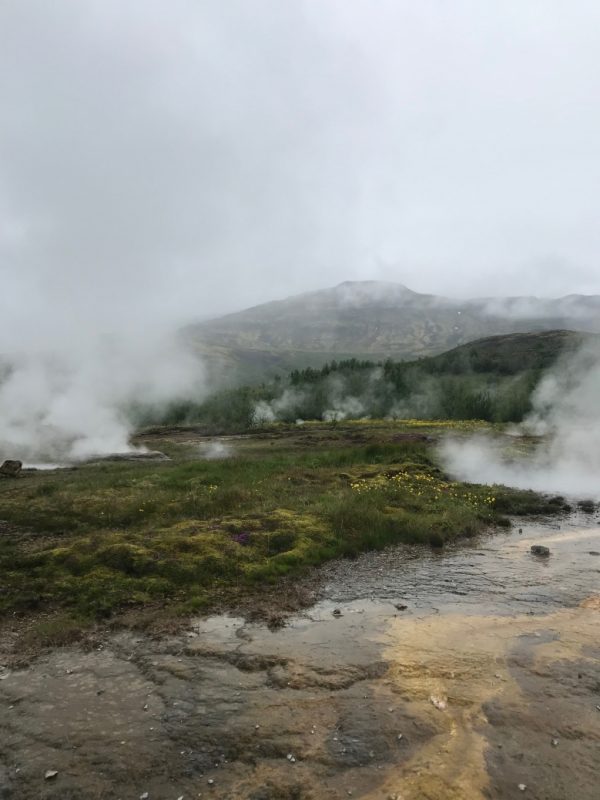 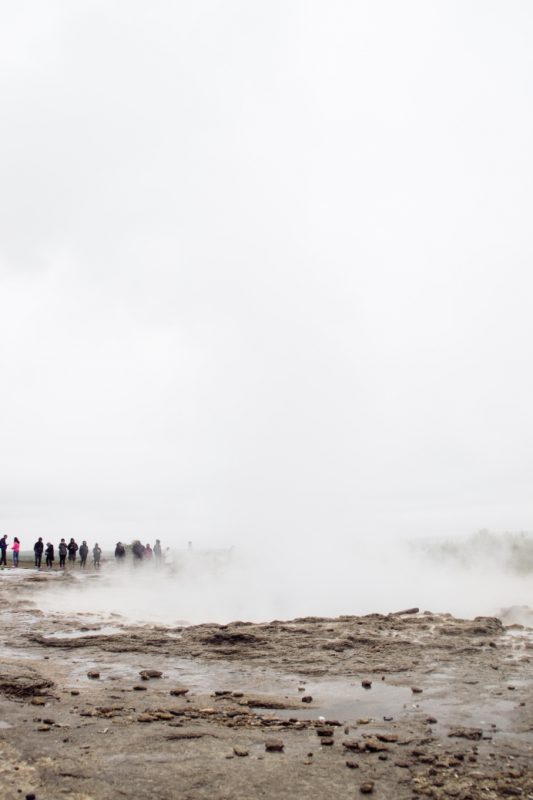 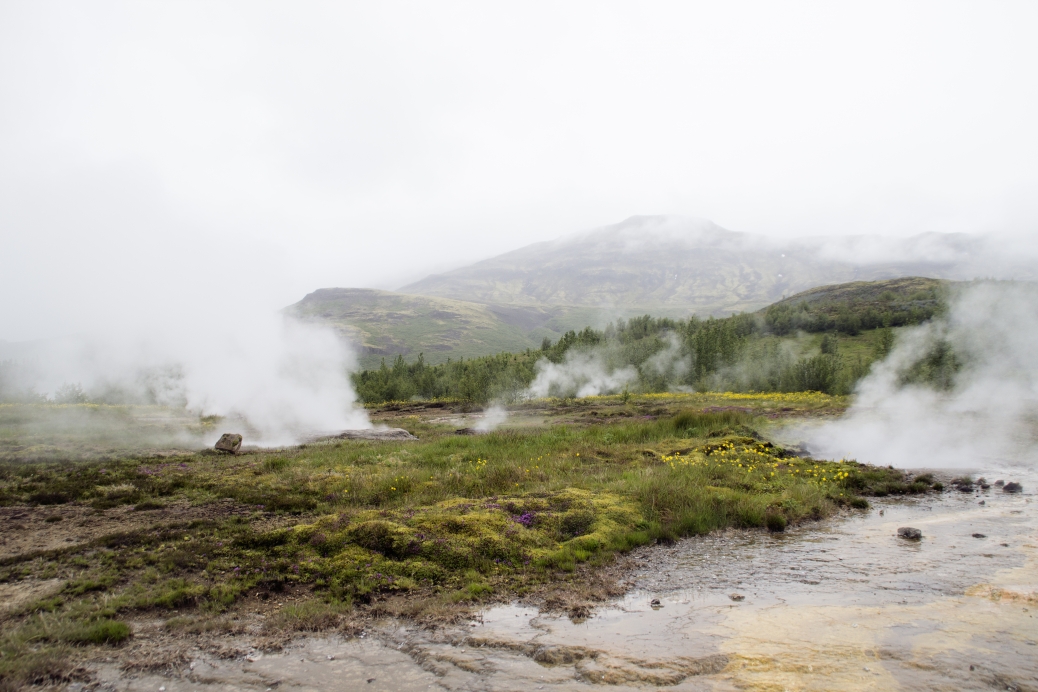 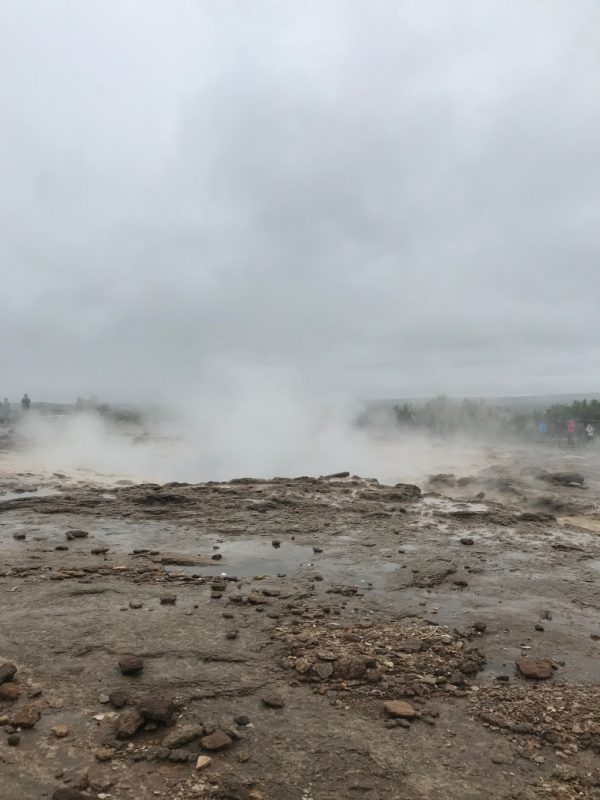 “When driving past this geothermal field in Iceland it looks like the earth is on fire. At Geysir, spectacular smoke arising from the ground makes the mountains in the background (and all the other tourists) disappear.”

Did you know, when flying to the other side of the Atlantic Ocean with Icelandair, you can make a stopover up to seven days in Iceland without paying extra? Driving the Golden Cicle route is a perfect activity for your stopover if you’re only spending a few days in Iceland!

Geysir is a geyser in the geothermal fields in Haukadalur, Iceland and part of the Golden Circle route. Geysir erupts every seven minutes (at this moment). People gather around in a circle, grab their cameras and wait for the big moment of eruption. Don’t even try to look away for just a second, you might miss it! The erupting of the geiser comes with a lot of oooohs and aaahs of the people watching, it is a spectacular sight.

The water of this geyser is somewhere between 80 and 100 degrees Celsius, so be careful when walking around the area and don’t touch the water.

When our tour guide told us about the name of this geysir I was a little confused. He was repeating its name was geysir, but I kept saying: “No, i mean the name of THIS geyser.” But apparently the name of this geyser ís Geysir. Are you still following? This is the one that the word geyser comes from! If that story doesn’t convince you this is a must see, I don’t know what will.

Boho Wanderer - The Boho Guide
Anouck is a creative soul who loves plants, cats and food. She loves big cities just as much as she loves nature and likes to combine the best of both worlds while traveling. On her own blog Anouck Plume she writes about the things that make her happy in life. For The Boho Guide she will look for everything green in cities of the world.